For many of us, we spent large portions of our week at work.

The working landscape in the UK, and for most of the world, has changed. New technologies and easier communication have altered how we approach employment. This has led to many issues, such as higher stress levels and a bigger workload.

In fact, one in six employees in the UK are experiencing poor mental health at work.

Many workers will try and cover this up. Even though there have been leaps and bounds made in recent years to highlight poor mental health (particularly in men), there is still a certain stigma that is attached to it.

In this weeks’ update we’re going to look at:

Anyone can be impacted by poor mental health, but how big is the issue?

Given that one in six workers are experiencing poor mental health, the problem is perhaps larger than we think.

Nearly 13% of all sickness days in the UK are down to mental health conditions.

We blogged nearly two years ago about the problems that stress in the workplace can bring. Back at the start of 2018, 59% of people admitted that that work is the leading cause of stress in their lives while men are almost three times as likely to cite long working hours as a cause of their stress than women.

That being said, as an overall picture, women in full-time employment (19.8%) are more likely to experience poor mental health than men (10.9%).

Why is mental health important?

Ensuring that employees are physically and mentally well has positive outcomes. On the one hand, it means that your staff have a positive well-being and feel good not only about themselves but also the work they are doing too.

An employee who is suffering from poor mental health is also at risk of health and safety. This includes:

Lapses in concentration or not taking in instructions can result in safety breaches which can put themselves, other staff and the general public at risk. Overall, staff who suffer from poor mental health at work can cost employers £33-42 billion a year if these issues aren’t identified and steps taken to address them.

Things to look out for

Not everyone is upfront about their mental health. Even though the stigma is slowly being eroded, it can still be a very taboo subject for people to talk about. While we all suffer stress at times, there is a marked difference between short term stress due to the demands of your job and longer term-issues.

There are certain things that you can look out for when it comes to your own mental health as well as that of your colleagues and staff. For example:

This list isn’t exhaustive – you can find some more information here – and one or two of these symptoms in isolation doesn’t necessarily mean that someone is suffering from poor mental health. However, noticing trends and marked changes in someone’s appearance, attitude and performance can indicate a more serious underlying issue.

Fortunately, some companies have been taking steps in an effort to combat poor mental health and stress among their employees.

Since 2012, Thames Water have been making strides in creating a positive mental health culture that doesn’t ignore problems but rather is more proactive at identifying and dealing with them.

They have trained staff across their organisation in mental health first aid, distributed guidance to managers for talking about mental health with their staff as well as creating internal videos related to mental health at work.

The organisation offer employees an annual health check for both physical and mental health.

Heading internationally, we can look to Japan where Microsoft have tested out the idea of a four-day working week. The concept has been floating about for a while although not many firms in the UK have adopted this approach.

While testing the idea of a four day week while employees were still being paid their full wage, they found that productivity went up by 40%.

Other studies in countries such as New Zealand have also found that a four-day working week makes employees happier and they are more engaged in work too which has a positive impact on their mental health.

The importance of mental health in the workplace

Poor mental health can have a detrimental impact on a person’s life.

When it comes to a working environment, poor mental health can result in an employee becoming disengaged from their job. This can result in health and safety issues for themselves, other employees and the general public.

Even though much is being done to help combat the stigma of talking about mental health, knowing what to look out for and what action to take to help reduce poor mental health at work has some way to go.

Training is the best way in which you can help your staff. The IOSH Managing Occupational Health and Wellbeing course does just that and will help prepare you with practical advice on how to manage poor mental health at work and also improve it across your organisation as a whole. Our IOSH Managing Safely course also touches on how stress and other problems can cause negative impacts from a health and safety perspective. 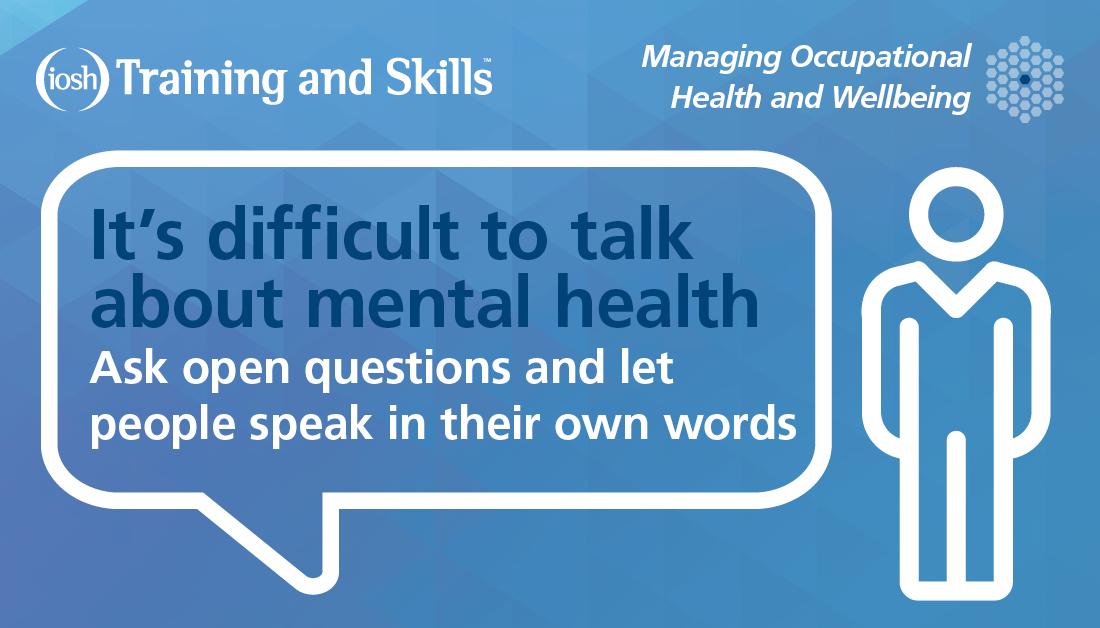 Project Skills Solutions have been providing NRSWA training to individuals and companies since 2004. Our team are trained to give you the very best advice in your course selection and focussed on customer service.
Read More »